Songwriting member of the SACEM, author and founder of the Primitive Approach® gestural system, Celine Schmink is familiar to French radio. After two albums (‘Paris-Memphis’ in 2014 and ‘Faded Wanderings’ in 2017) were distributed in France, the USA, and in twenty other countries, she was discreet, reviving her first loves: French literature, theatre, and classical music. Consequently, this musician who studied theology in Strasbourg, admiring Milhaud, works on the composition and staging of contemporary ballet, a consecration offered to a handful of artists on this earth… 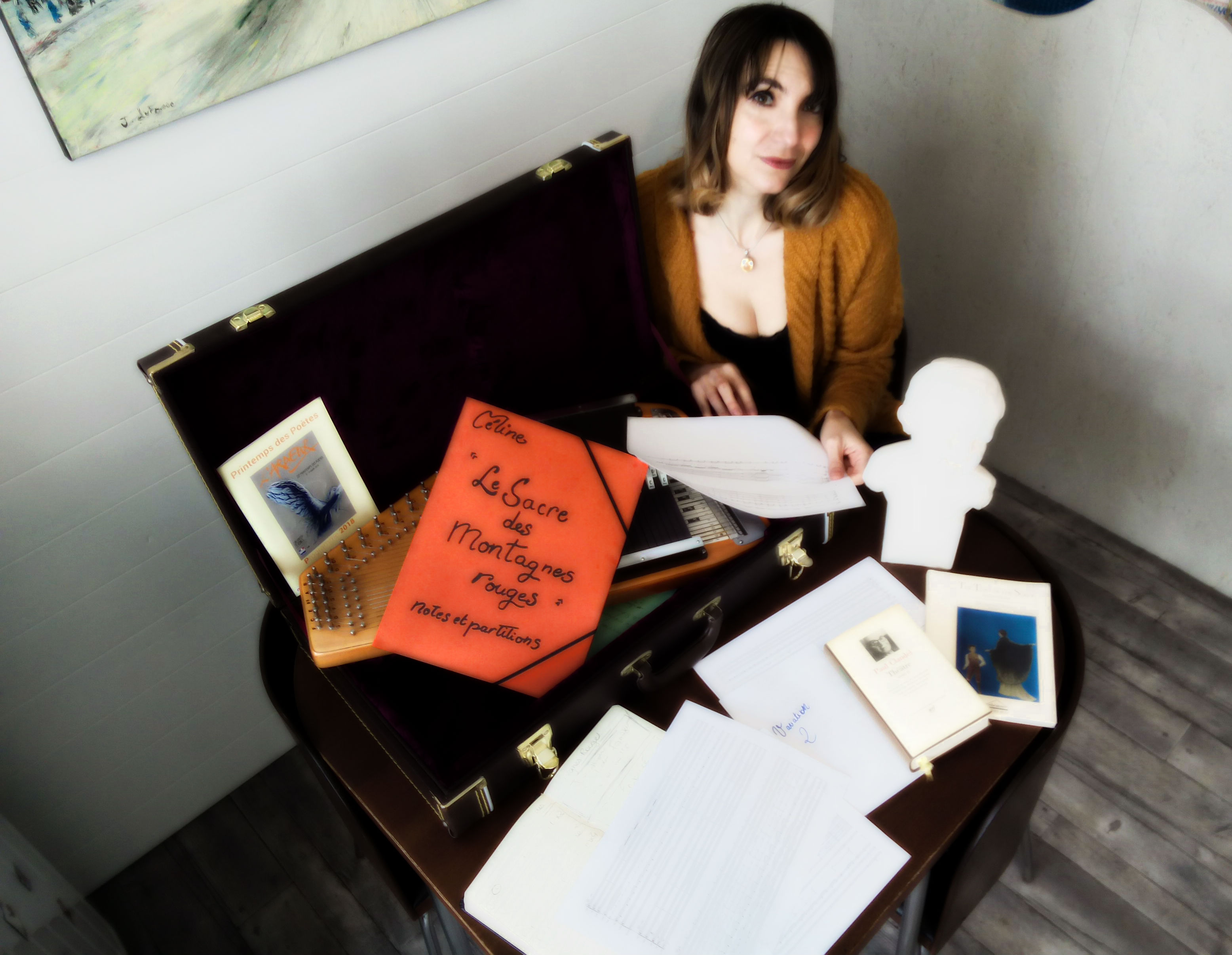 We met her at her home. To follow in this epic, Celine researches sponsors. Paris, Montreal, Geneva, Brussels, but also New York; she has already made contacts to publicise her ballet. The association aims to recruit actors, dancers, and musicians. Celine will operate the composition, harp, and staging.

The characters in his ballet, she speaks passionately: Eachna, the redheaded lover of Zephanah (kidnapped by a tribe), their love gets thwarted by a sombre protagonist, Thaddeus. Passion, drama, ghost, tears, and forgiveness… All the ingredients for a perfect opera-like ballet!

The spirit of Celine is full of enchanting sounds. When asked how she came to write a ballet, she explains that she participates in poetry readings with her autoharp and she accompanies actors. She composes changes to illustrate their declamations. It is this ability to adapt the music to a feeling that led her to write a ballet. The young woman is passionate about dance. She was a professor of urban dance, butoh, and choreography. At 18, she completed a course in classical dance at the University of La Sorbonne with honours. 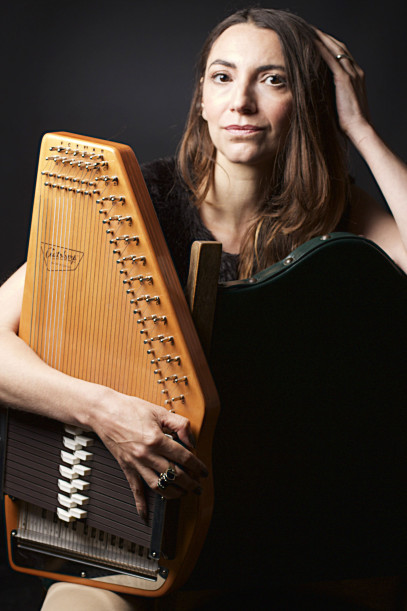 Writing a libretto has no secrets for her – who writes novels and composed for singers. ‘I like some classical music with Darius Milhaud and the theatrical work by Paul Claudel which he later adopted. So it was a continuation for me to write this ballet. This project is part of my artistic being for the last twenty years,’ she says. We consider that there is a difference between composing music for a song and for a ballet. Celine is comfortable with both. ‘The ballet music is a long piece by implementing a series of scenes. The ballet style is dramatic. You have to adapt for use: dance, opera singing, or the recitation of texts, thinking of each variation depending on the scenario,’ she says. She added, ‘With the use of dance, there is the need to perfect the tempo, to determine the ideal number of measures. This is a work that can take several years unlike writing a song that can be very impulsive and spontaneous. Here, inspiration must be controlled and mastered a second time,’ she says.

She composes on piano and autoharp, a North American variation of the Austrian zither. By combining several methods of play (picking, sliding, tapping on the bottom of the instrument with her thumb), she obtains a complex sound. ‘I produce a sketch that I play for several weeks to naturally hear more,’ she says. ‘When all the parts are completed, I appeal to an arranger, working initially on software. This model evolves over time. The final version is then entrusted to the musicians,’ she says. 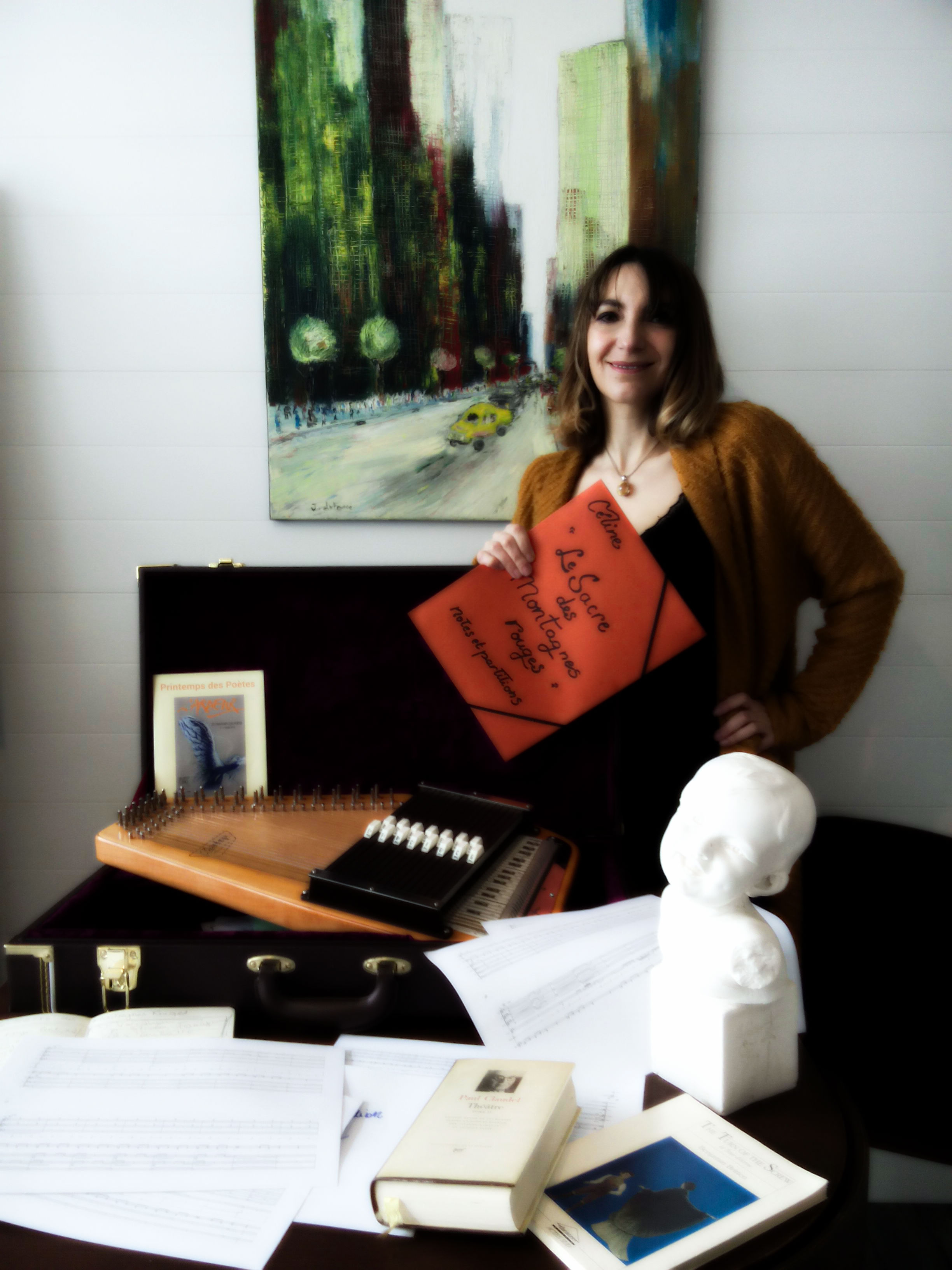 From what we’ve heard, the style is mysterious, harmonious, with a few exotic voluntary dissonances and dark appearances in place. When asked what the history of ‘Le Sacre des Montagnes rouges’ is, Celine responds, ‘This is a play about love, death, mourning, but also of the transition from youth to adulthood and the need to practice forgiveness.’ There is a fascinating symbolism around the Mountain, even transcendence, where the sky mixes with the earth. It is a celestial symbol, akin to every human ascent – a place of evolution that is scary, dangerous but also romantic.

The artistic choices made by Celine are obvious for the first two pictures of her work ‘L’enlèvement de Zephanah’ and ‘La Séduction d’Eachna’ (excerpts below). As she works on the autoharp, it is translated in its highest variations for piccolo, recreating the vibrating texture of the original instrument. ‘The dissonant side of the autoharp should be retained, with the way the previous note continues to vibrate into the new note,’ says Celine. The pieces reflect the passion gaining sound energy at the end. The tempo quickens as to translate the inevitable fate of the heroes. The place has an exotic side that is transcribed in the score by adding colorful Brazilian rhythms. The percussions are very present to symbolize the tribal side of the story. The pizzicato violins are applied to the effect of a child-like percussion that reminds us that we are in an awoken dream. The tambourine snapping sound is the link to reality. The oboe is very present and conveys the heroine bewitched by the Red Mountains, the clarinet clarifies the rhythm for the dancers. In each variation, the mood change intensifies. ‘To maintain the consistency of the dance, notably during the part where Eachna is seduced by the spirit of the Red Mountains, one had to play angular rhythms over long chromatic runs’ explains the musician.

To complete her ballet, Celine will soon open a crowdfunding campaign on the Internet. We’ll then talk again. We wish her good luck and much success with this huge project!