This week, we decided to reach out to actress and producer, Amber Martinez.

Amber can be seen in many television shows and films, a few films are Senior Entourage, Guitars and Guns, and the upcoming film Christmas Slasher. She was recently made a judge, of the 2021 Asian Film Festival. So, we decided to get the skinny on all things Amber Martinez. It is all here, in this 10 Question Interview! 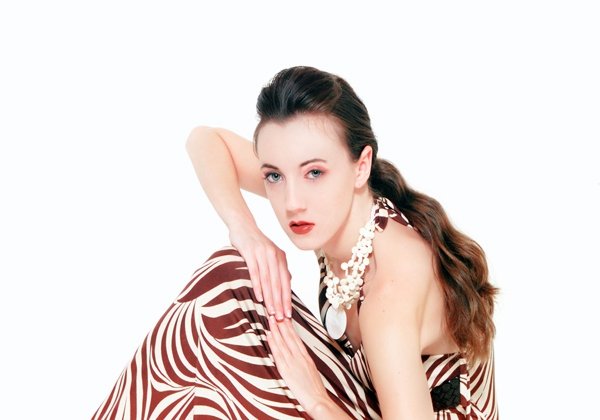 Q: What is your favorite thing to do, when not making films?

A: I’m a lyricist and I compose soundtracks. I’m also a singer and a member of the Society of Composers and Lyricists (SCL).

Q: Since you love music, what are your favorite styles?

A: I don’t have a favorite type. I love all music. I do tend to listen to classical music and Opera when relaxing.

Q: What is your favorite color?

Q: Have you ever been in Love?

A: It was a wonderful experience. I was given opportunities, to create a positive change in the world, through charity work and global outreach.

Q: Have you received any special honors?

A: I was granted the hereditary noble title of H.E. Madame la baronne de Martinez, by Rudolf Andries Ulrich Juchter van Bergen Quast, Prince of Saint-Marc. I am also referred to as H.E. Baroness Martinez. My coat of arms is published and saved in a registry in Madrid Spain, by the heraldic artist Dr. Antonio Salmeron y Cabanas. My coat of arms is also registered in the Society of American Armigers. Also, in 2020, I was bestowed the title of Dame Grand Cross of the Royal Order of the Golden Fire Dog, from H.M. Chief Oheneba Nana Kwame Obeng II, of Ghana. I also received title of Dame Commander of the Royal Order of Kapi’olani, from H.R.H. Prince Darrick Lane Hoapili Liloa Kamakahelei Baker, of Hawaii. In 2017, I received an award of recognition, from the California Legislature Assembly and the California Senate.

Q: Do you have any pets?

A: Yes, I have two dogs. They are named Hercules and Francois. I also have a pet mouse, named Vincent.

Q: Do you have any special skills?

A: I perform circus hula hoops. I worked on an episode of a new Marvel Studios and Disney+ tv series, that is coming out next year.

Q: How would someone get your special attention?

A: They must be of good character, kind, and well mannered.

Q: If you could have played any role, what would it be?

A: I would have to say Mary, Queen of Scots. I am part Scottish and I think it would be fun.