Inspired by the memory of his late mother & his Bassy: Interview with Ligel Lambert

We sat down with Ligel Lambert for a wonderful interview to chat with him about his watch brand and how he envisions his brand moving forward in the future. Here are some of the highlights of what we discovered from our conversation with Ligel. 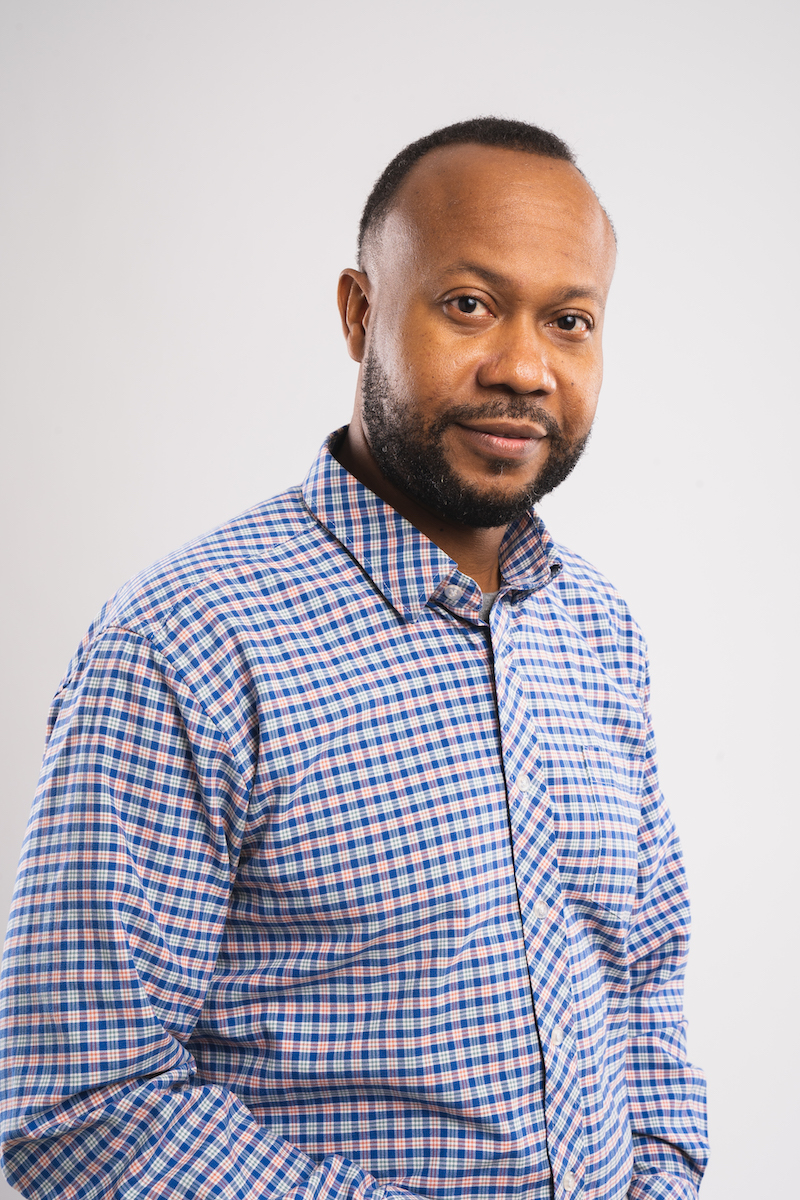 To be a well-priced and independent watch brand in an industry defined by so much history requires a company to have vision, passion, and indeed, patience. Ligel Lambert is the owner, CEO & founder of TAL WATCHES and possesses all three characteristics. Albeit, he says patience is always a work in progress. Certainly, he is also a watch lover. He is also a lover of art & design. He recalls his first watch being a Fossil watch in the early 2000s as he served in the United States Marine Corps as a Marine Musician. The watch was a gift from one of his fellow Marines. He became fascinated with watches ever since that time. It was a simple quartz watch with a stainless steel wristband, but he remembers having a connection with it. He had since purchased and worn a variety of different types of watches and brands since that time.

Ligel is also an artist and designer, so in 2020, he looked into the possibilities of creating his own watch brand, so he started researching the industry. He looked into many aspects of the industry with a couple of essential questions such as who could have the opportunity to design watches? And, how could one manufacture watches from designs created into actual watches? He also looked into some designs consumers would be interested in wearing as an accessory. After his initial research process, he contacted many different manufacturers in order to assess if they would be interested in partnering with him and his company to help bring his watch brand to life. After that initial contact with those different watch manufacturers, Ligel was able to connect with a watch manufacturer in Switzerland that was willing to support his vision and partnered with him to manufacture his first set of watches that are currently in his Swiss-made watch collection. To date, he has worked with a few other manufacturers in other countries as well for his other lines of chronograph quartz watches as well as his digital & analog watch collections.

Ligel shared that one of his reasons for starting this watch brand is that he has always been fascinated with the concept of time, the importance of timeliness, and also how time is so precious to us all. He mentioned that he lost his mother at the age of 6 and that left a deep impression on who he is today. As a consequence, he has always contemplated how much time he had left on this earth in his present form. He mentioned that created this watch brand to also celebrate this concept of time. In addition, Ligel shared that the inspiration to actually take action to officially start his watch brand came to him in the Spring of 2018 while his having a conversation with a family member who was also talking about his mother and how proud she would have been if she saw what he was doing with his life and his art.

From that conversation in 2018, he decided to use one of my favorite pen and ink drawings he created in the fall of 2000 while an undergraduate student at the Savannah College of Art & Design on his watch brand. He uses a silhouette of his illustration, Simple Bass or "Bassy" as his band logo to remind him of some challenging times he faced during his short attendance at SCAD, and also as a reminder that he is still alive, creating art and doing well nevertheless. Bassy also reminds him of the memories of his late mother and that wonderful conversation he had with that family member. He references that his Simple Bass or "Bassy" is like Mickey Mouse to Walt Disney. 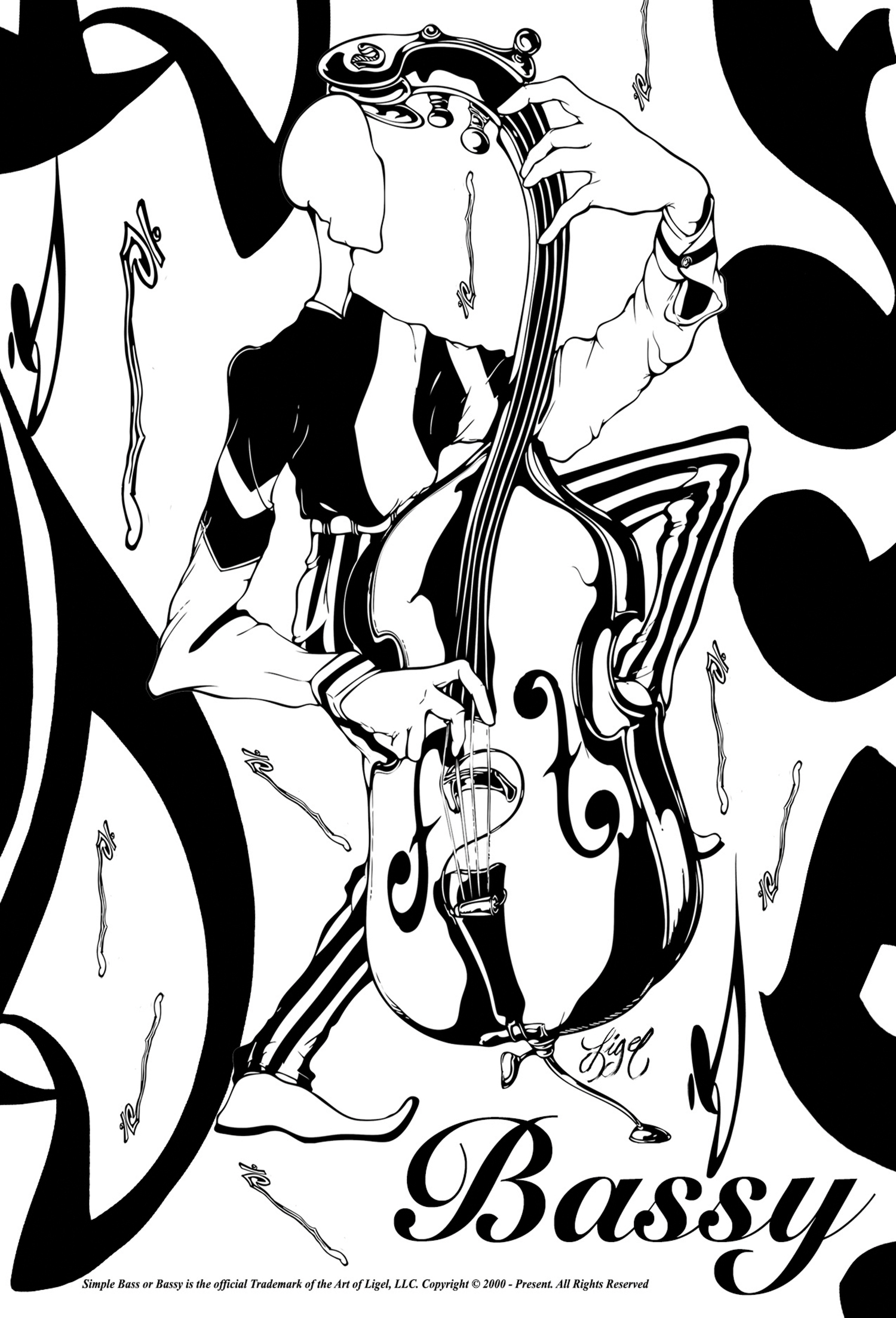 He imagines and plans to expand his watch brand to more classic, yet possess intriguing designs associated with his surrealistic musical notations that are aligned interpretations of sound. The use of a fashionable color palette will also be in the works for various collections as well. The Chronograph Sapphire Bassy Collection is an example of such a vision for the future of his watch brand. 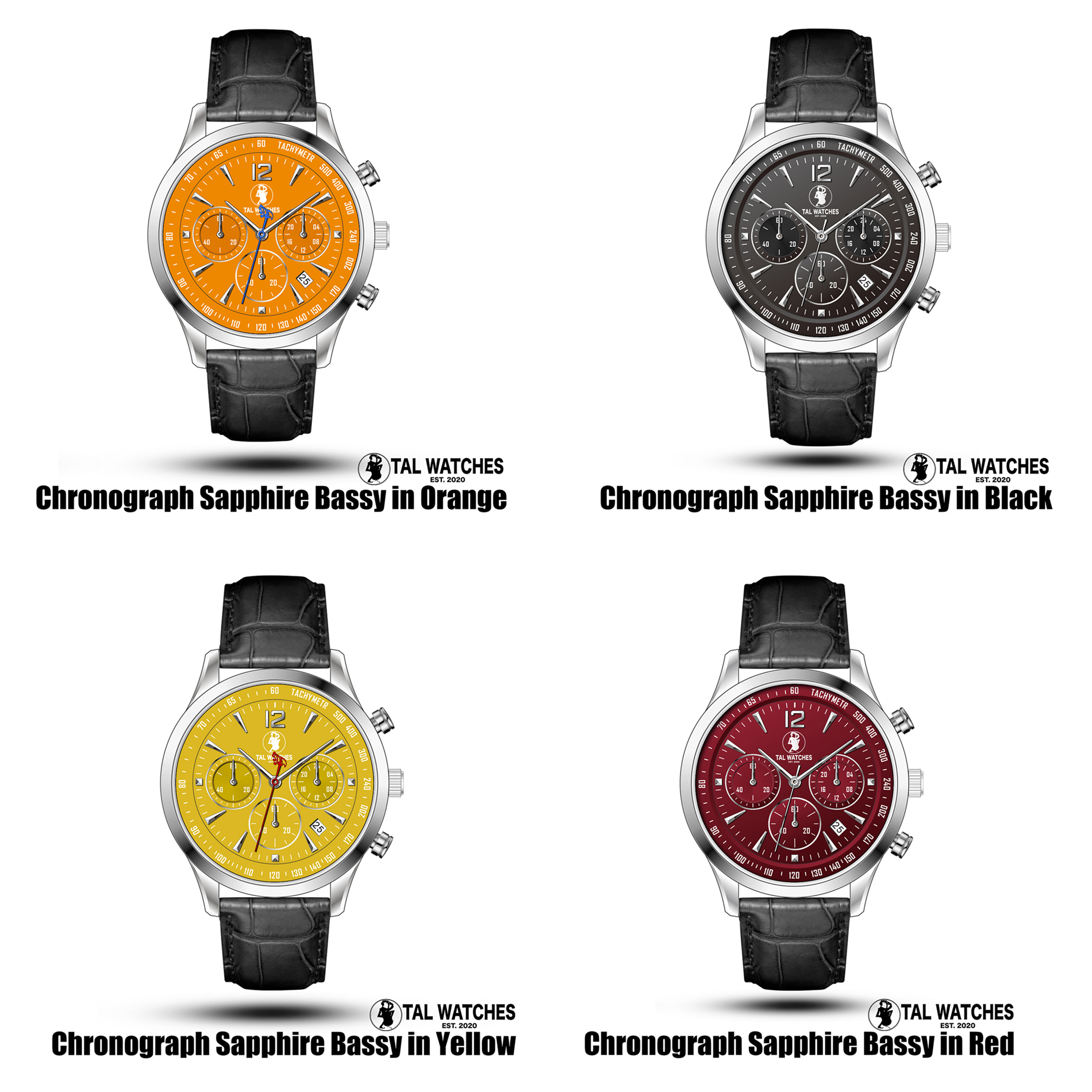 We also found out that recently, his company was selected for an opportunity to be showcased at the NRF’s Big Show 2023 in the Consumer Product Showcase area. He mentioned that TAL WATCHES will make its debut at the NRF 2023 Retail's Big Show in the Big Apple at the Jacob. K Javits Convention Center, New York City, NY (15-17th January). The Consumer Product Showcase will be located on the first level at the Javits Convention Center during the NRF 2023 Retail's Big Show event on Sunday, January 15th & Monday, January 16th, 2023 from 10:00 am - 4:30 pm. TAL WATCHES will be located in Booth #35. 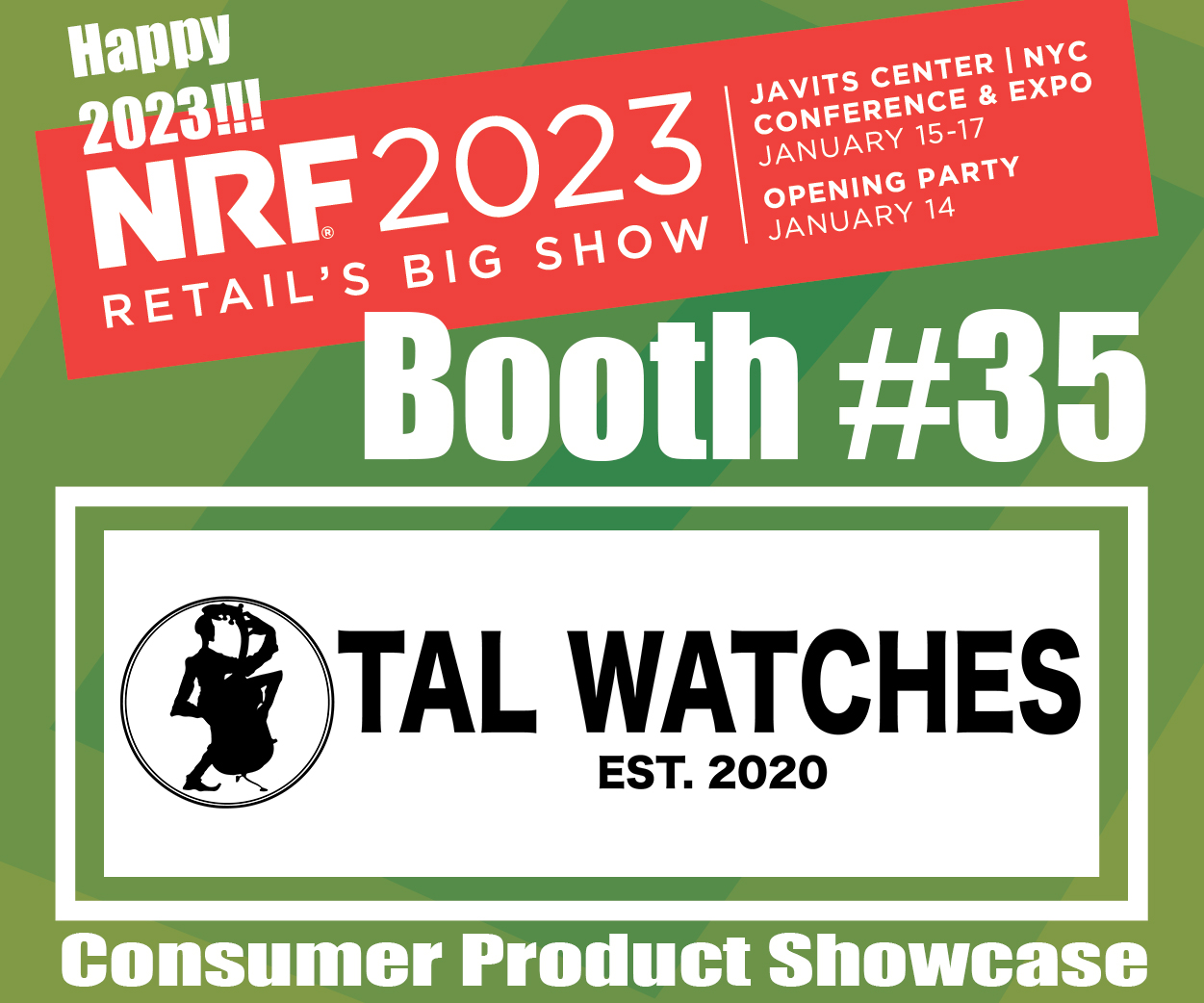 Ligel shared that it was an honor and very excited to have been selected to participate in such a big showcase. He said, “This will be a great opportunity for my business to showcase the products that we have and also have those products made visible to major retail department store brand buyers such as Macy's, Sears, Bloomingdales, Dillard's, Nordstrom, Neiman Marcus, Kohl's, and so on. We anticipate that the buyers for these major brands will be present at the NRF 2023 Retail's Big Show.” 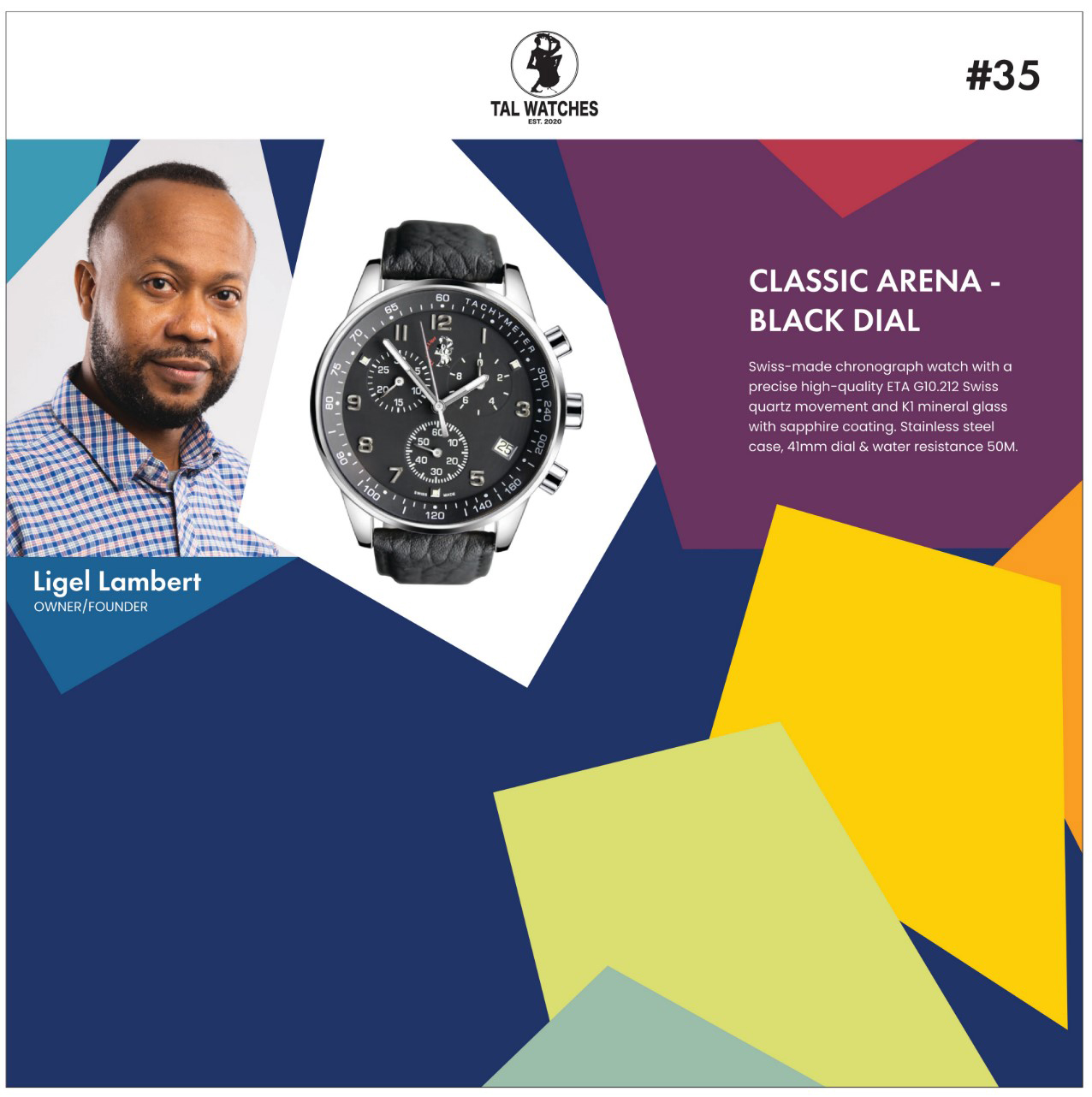 Products from TAL WATCHES can be found on their website: www.talswisswatch.com. In addition, visit their brand store on Amazon at (Amazon.com/theartofligel). You may also find their products at Walmart Online. In addition, you may find additional details about their products on their social media platforms: