The Confession of John Wilkes Booth a stunning cinematic presentation of a staged theatrical event will begin streaming December 10, 2021 on multiple platforms including Amazon Prime Video.

The story takes places thirty-eight years after Booth’s alleged death. On the last day of his life, Booth weaves a fascinating account of a government conspiracy to cover up the truth on the assassination of Abraham Lincoln.  The story of Lincoln’s assassination is an absorbing subject matter that people just don’t get tired of hearing about. This particular narrative has never been fully examined and we thoroughly go into the possibly that the urban legend of Booth’s survival is true. The viewers will be drawn to this enthralling story line.

The main character is John Wilkes Booth as a young man in the prime of his life and as an old broken-down man ready to kill himself. The other characters are apparitions in Booth’s mind; the loves of his life, family members and political figures. They all come with a point of view of events and an opinion of John Wilkes Booth.

The Confession of John Wilkes Booth provides a twist that history refuses to acknowledge. It raises importance to particular events that may prove controversial.  As in any retelling of history, art leads the way.

The writer, producer and star of the film, John Ramaine and Chelsea LeSage, co-star and producer, took the time to answer some questions about the film.

Q:  John, can you share some of your theatrical history?

JR: I am a NYC- based actor and writer for both stage and screen. With over 20 years of experience, I have honed my craft with characters that call for a dark intensity, brining depth and life to roles exploring themes of struggle and redemption.

Exemplified in this were my roles as Nebuchadnezzer in Voices Beyond the Veil; Phillip in Discarded; G. Gordon Liddy in the Off-Broadway play, The Trial on the Potomac; and of course, John Wilkes Booth in The Confession of John Wilkes Booth.

Q: How did you meet Chelsea LeSage and begin working on the Booth Project?

JR: I first met Chelsea when we were doing a little streaming series titled, The Egos.  I had a recurring role in that series and developed a friendship with Chelsea during my run.  She remembered me when she was doing her film, MacBeth; A Cursed Film and cast me for the role of the Doctor, who spies on Lady Macbeth during her sleepwalking incident.  After that production ended, I took Chelsea and Josh Koehn (Executive Producer of The Confession of John Wilkes Booth) to lunch and pitched the project to them. We made the film over a month-long period during the height of the pandemic, but we accomplished it with an excellent cast of actors, production preparation and outstanding direction by both Chelsea and Josh.

Q: Where was the film shot?

JR: We shot it at the home of Stag & Lion Theatre Company, on stage at the Trinity Theatre, in Manhattan, west 57th street, a very quaint Off-Broadway venue that was the perfect setting for Booth.

Q: How did each actor prepare for portraying their characters?

JR: Every actor we cast carried their own quality and skill to fulfill their roles.  Each one of them was given ample time to memorize their lines and create the emotional depth of each character.  Josh would then hold rehearsals to simply see what they brought and he would make the adjustments for the best performance.  Chelsea, who directed the film would then adjust what Josh established within the frame of the camera, allowing each performance to flow within the setting of a cinematic construct.

Q:  Do you have any new projects in the works?

JR: Aside from the release of Booth, there is also serious movement towards bringing this subject matter to the big screen.  My screenplay titled, Thus Always to Tyrants, is the live action version of the play/film that is being released on Amazon Prime on the 10th of December 2021.  The script has received significant interest from Executive Producer and co-owner of Rainbow Films LLC, Jane Looke; as well as, Producer and Casting Director of New World Castings, Mindy Mereweather Morton.  In addition, another major project titled, Longshore, written by Ellen Wing, also has some serious backing with it.  The story involves the men who worked on the docks of San Francisco in the 60’s and 70’s.  I have been offered a pivotal role in that film.  This movie will be shot in 2022 - a true blockbuster in the sense of its bigness and scope.

There also talk of bringing back The Trial on the Potomac to Off-Broadway. That show starred Rich Little as Richard Nixon, and I played G. Gordon Liddy.

I am also involved in several other projects at various levels from development to pre-production that I am not at liberty to discuss at this moment. 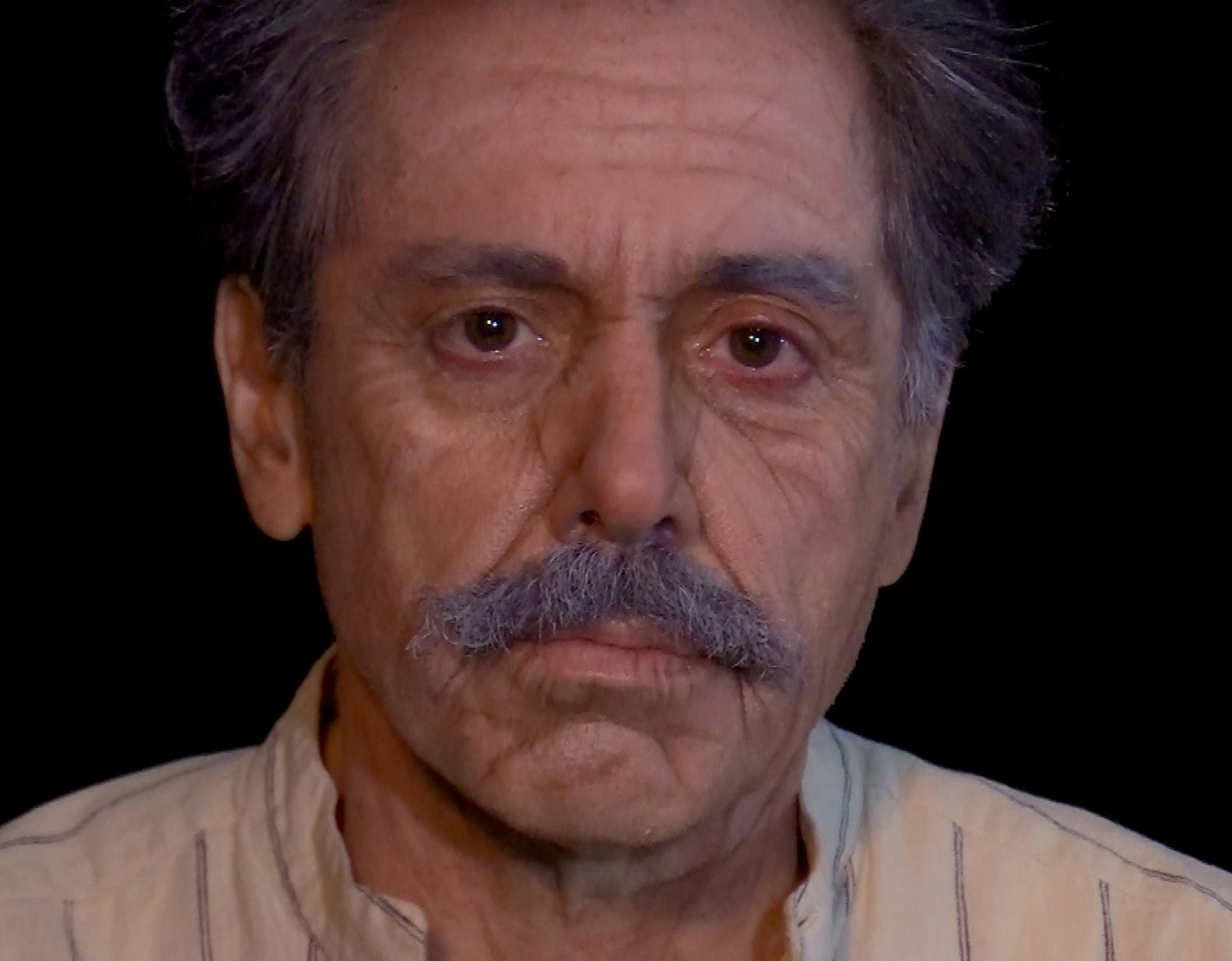 The talented and beautiful Chelsea LeSage is an actor/model/director/producer based in New York City and the cofounder of both CL Squared Productions and Golden Grand Piano. She has toured internationally as Shakespeare’s Henry V and has modeled for brands such as Cover Girl, Michael Kors and Venus, among others. Finding her home on the stage, Chelsea transitioned to a career in film and television and is known for her role as Julie in Amazon Prime’s 21st Century Demon Hunter.  She has been living in NYC for 11 years.

Q: How did your partnership with John Ramaine begin and the birth of The Confession of John Wilkes Booth?

CL: John and I met on set of the sketch comedy show The Egos and developed a friendship. I was co-directing and playing Lady Macbeth in Macbeth: A Cursed Film (available to stream on Xumo) and cast John as the Doctor for my sleepwalking scene as I admire his gravitas and energy as an actor. After we wrapped production, John took me and Joshua Koehn (founder of Stag & Lion Theatre Company) and out to lunch to pitch The Confession of John Wilkes Booth. We loved the concept and the opportunity to tell an unheard-of side of history and began filming in January of 2020. Josh and I co-directed with Dan Guindon as our Director of Photography. We found an incredible group of actors with John at the center as Booth to tell this story.

Josh directed each actor for the stage, and really gave them the tools they needed to bring these real people back to life. Everyone was so talented and blew me away.  I came in and directed for the camera and molded what work Josh had done with the actors to fit the cinematic presentation of the play.

Q: What are your current or future projects?

CL: I am currently playing Lady Macbeth in Macbeth at the Trinity Theatre opposite Josh Koehn through December 5th. I am also producing and playing the antagonist The Nameless in the upcoming horror feature Bishop’s Cove. I will also be co-directing the series Predator starting in January of 2022. The next season of 21st Century Demon Hunter will be released on February 14th of 2022.

Then, I will be playing Katrina in a play by Gordon Farrell called Girls Who Walk On Glass in April of 2022. There is so much to look forward to and I am so grateful!

You can learn more about and John and Chelsea below. 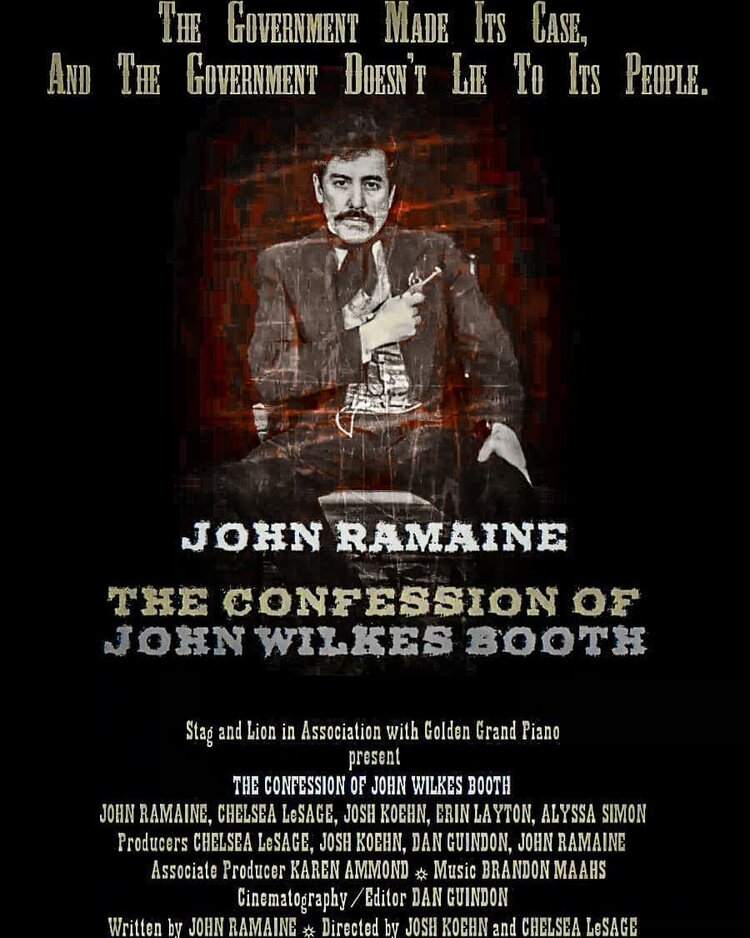