The Abaya, A 4000 Year Old Garment Conquering The Fashion Industry

"ABAYA fashion" Ten or twenty years ago, if you would have asked most women in the western world “what is an abaya?” they would not have been able to answer the question perhaps thinking it is referring to a location or even a type of food!

However much has changed since then and the abaya, which has been a clothing staple throughout the Arab and Islamic world, is now gaining a foothold among all cultures,even Dolce & Gabbana have started producing their own range of abaya which is highlighting the popularity and mainstream acceptance of this garment. 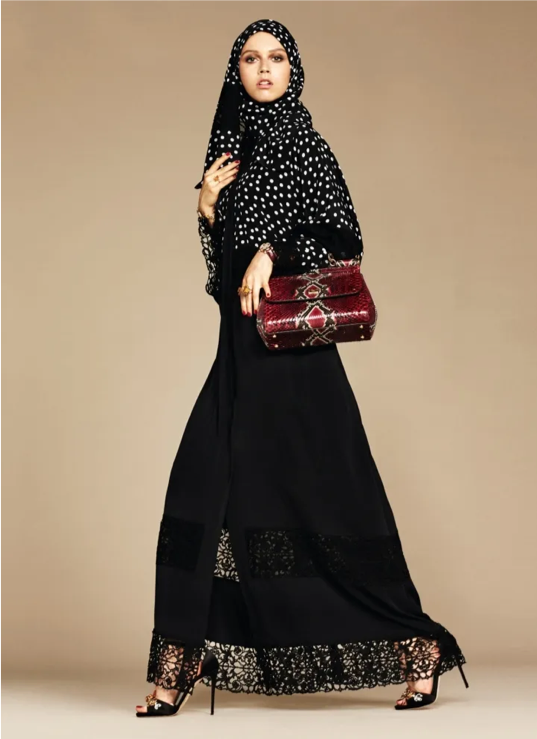 So what is an Abaya?

The traditional abaya is a long, full length robe that is worn by many women in the Muslim world. It is a long, loose garment that is usually embroidered or printed with colorful patterns. Abayas are considered to be a practical clothing choice during the summer months as they can be easily layered and worn over other clothes. Traditionally, abaya are long and loose like a cape, flowing elegant and gracious.

The Arab Renaissance period (the seventeenth to nineteenth century), was a period of great cultural achievements in the Arab World, which led to the evolution of new social and economic conditions. During this period, all kinds of new innovations were brought about and new styles started emerging. The first fashion week, or "salon des twenty-something" took place in Egypt in the late nineteenth century.

It was at this point the Abaya transformed from a plain black cape like garment, into a array of colours cuts and fabrics, and once Saudi Arabia changed the law requiring women to only wear black abayas, a new breed of fashion designer emerged.

Now Taking Center Stage AT Fashion Shows All Over The World, The Abaya Has Grown Mainstream Acceptance

Every year, during the middle east Fashion week, many fashion designers try to outdo each other with new designs and patterns. During this week many designers from various countries gather in Dubai to showcase their latest creations. Dubai is also a melting pot of different cultures, as you will find people from India, Pakistan, Saudi Arabia, the UAE, Iran and others mingling with the middle east's rich arab culture. This is further strengthened when you attend the annual fashion week in Dubai.

This is a chance for the Arab world's designers to meet and greet each other and exchange ideas with each other. If you wish to attend some of the fashion weeks in Dubai, there are a number of good designers whom you can meet in this city. Majeel bin Yousaf, Youssouf bin Zayed, Wissam Al Hindi, Nouz Ghannouch, Samir Mouaffaq, Noor Mendili and many more. They will design your clothing that will make you stand out in the crowd.

Arabian Boutique, One Of The Best Online Abaya Stores

For most women, buying an abaya online is now quick and easy to do so, If you are lucky enough to live in Dubai or any other middle eastern country you will find shops left right and center selling Abayas, however if you live in a rural area of a western country it is not easy to buy abaya or hijab , unfortunately they just are not sold in the usual clothing shops.
Arabian Boutique is one UK based abaya shop that is changing this, with an ecliptic range designed by Dubai fashion designer Noor Mendili, their range of modest Islamic clothing has become a staple for many women as they can order online and have it delivered to the front door.

How To style the abaya.

Lucky enough styling the Abaya dress is incredibly easy, Abayas tend to come in two types, open and closed. An open abaya is similar to a kimono style outfit with a belt where you just put it on over what you are wearing (jeans and t-shirt for example) which makes it incredibly useful for transforming what may otherwise be a plain outfit.
The Abaya dress is just as easy to wear, just wear some loose pants and jumper/t-shirt underneath and put the abaya dress over it!

Wearing an abaya is really that easy, something that all women should try!