Elvisa Dedic Gave a Glimpse of Her Trip to Hometown Bosnia 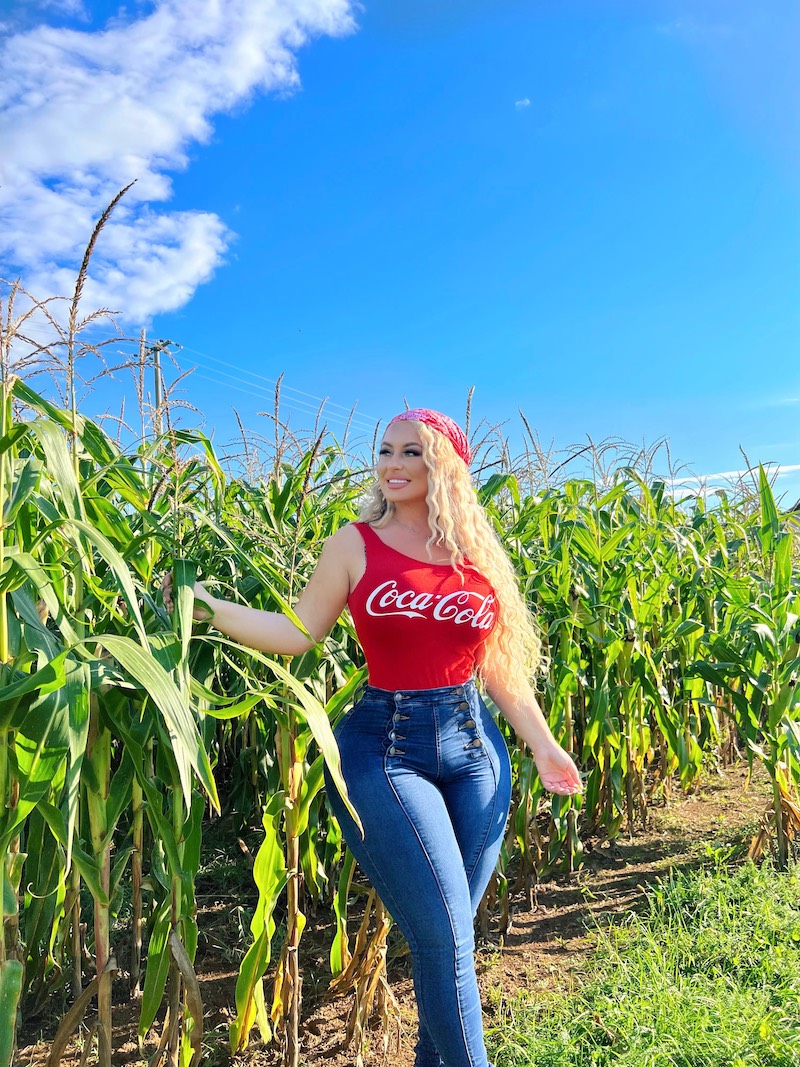 Elvisa Dedic is the CEO of her firm, Elvisa Cosmetics, because of her striking good looks, ability to motivate others, and unwavering will to achieve.

Elvisa Dedic's vacation to Bosnia was beautiful and gave her a much-needed sense of renewal. Because it triggered so many memories from her childhood, a trip to her native nation was a wonderful experience. She returned to where she was born, Bihac, where Elvisa had spent her childhood walking up and down the rivers, and Elvisa reported that she had never had such a sense of calm there before.

Her hometown in Bosnia restored her sense of wholeness with its visual and aural splendor and its inhabitants, animals, and other sounds. Elvisa Dedic left Bosnia when she was just 11 years old and has not been back there in the ten years since she moved to the United States. It assisted her in remembering where she originated from, which helped her become more grounded. Her mother was pregnant when she was shot during the war, but she survived the ordeal and recalled living through the conflict in Bosnia when Elvisa was a young child. Because her parents had 17 brothers and sisters combined, she had a huge and loving family to turn to for support.

Her family was there waiting for her as soon as she arrived, and many happy tears were shed as she saw them. While America is assisting her in realizing her aspirations and guiding her towards success, Bosnia satisfies her heart and spirit. Elvisa felt like she had accomplished the most significant thing in her life by returning to her childhood home. Elvisa Dedic is very hardworking and very famous among Instagram Influencers says Daily Reuters.

Fun or memorable from the trip

When Elvisa Dedic first got up, she would sit down with her family for a cup of the typical Bosnian coffee they produced at home. Following that, she would assist her aunt with milking the cows and goats, collecting birds' eggs, and helping clean up the property. She recollects engaging in these activities when Elvisa was young in Bosnia. She also spent time learning how to cook their traditional homemade meals the way they do them back home, and that meant a lot to her because there is no better place to learn how to cook your food than in your own country or with your family.

She also learned how to cook their traditional homemade meals the way they do them back home in Bosnia. Her cousins would sometimes dress her in a hijab and accompany her to the mosque, where she would pray with them. It was an excellent experience for her to see her cousins praying since she was aware that it takes a lot of effort to learn and commit to all those prayers by memory. She was incredibly inspired and motivated by it. She stayed they are not only stunningly gorgeous on the exterior but also much more stunningly gorgeous on the inside, and the purity of their spirits is remarkable.

Hearing the Hodza (Imam) call for prayers five times a day outside her window or simply going across town was something that she found to be quite relaxing and enjoyable. In addition to that, she heard the bells of a significant number of churches. It is imperative to her that Bosnia maintained a respectful environment for people of all faiths.

Another fascinating thing Elvisa found was how weddings are celebrated in Bosnia. The wedding ceremonies are taken very seriously in Bosnia. When someone in the community gets married, the entire town throws a party, and when the bride and groom leave, more than fifty automobiles follow them around town, screaming their horns and waving their flags as they go. Some people will even fire firearms into the air as part of the celebration and the custom. After attending a ceremony similar to this one in Bosnia, she decided she wants to one day get married there.

In addition to this, the public spaces in Bosnia are highly secure. It struck her as particularly noteworthy given that she cannot simply get up and go for a stroll in the streets of America because it is particularly hazardous for women. During her time in Bosnia, she spent the day exploring the city with her cousins by walking up and down the streets. She had a sense of security and contentment.

In addition to that, the natural scenery in Bosnia is Stunning. The waterfalls, in particular, gave the impression that they had been plucked straight from a fantasy book, leaving her speechless. She finds that spending time in nature helps her recharge her mental energy but also helps her relax, boosts her creativity, and has many other positive benefits. She had a stronger connection to the soil, and the fact that she was in her home nation was the icing on the cake. 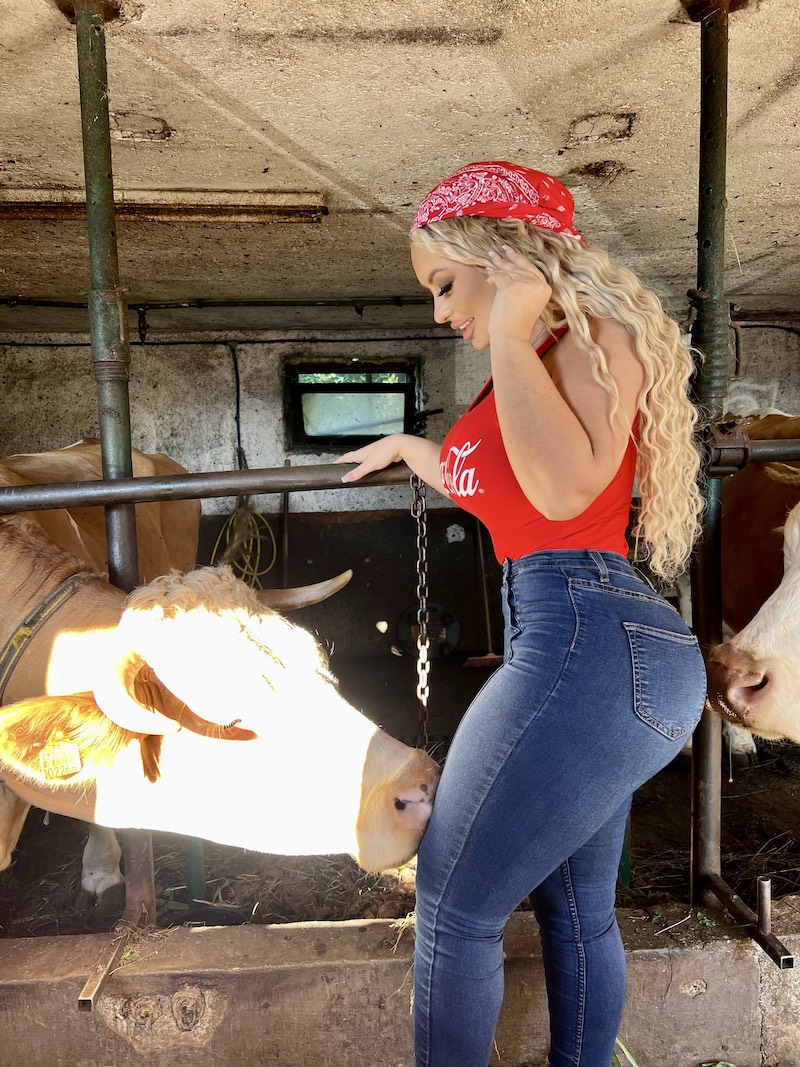 While in Bosnia, she only ate and drank homemade, all-natural meals and drinks. Her family would accompany her on trips to the garden in search of fresh produce. She felt renewed on the inside after picking these; they were a source of great pride for her family.

The special event of the trip

She has never even met her biological father. After 27 long years, she was able to fulfill her lifelong ambition of meeting him this year in Bosnia. She can't find the right words to describe how she felt. Undoubtedly, it was one of her life's loveliest and most pivotal days. Having waited so long, she finally got the answers to her numerous questions. Meeting her father was a special part of her trip to her homeland.

The realization that another side to her existence was shocking elicited a wide range of emotions because she had never been exposed to that side before. She feels comfortable enough to say that she is at peace at this point. To that end, she plans to continue making efforts to become closer to her father.

Elvisa states To be with one's loved ones is of extreme importance. Spending time with loved ones is priceless, and no money or success will ever replace that. Spend time with them, create lasting memories, and document the unique, fleeting moments you share in various photographs. You should keep track of the extraordinary and transient moments that make up your life because you will realize that the little things are the ones that count the most. She never fully understood the meaning of the old proverb "home is where the heart is" until now.