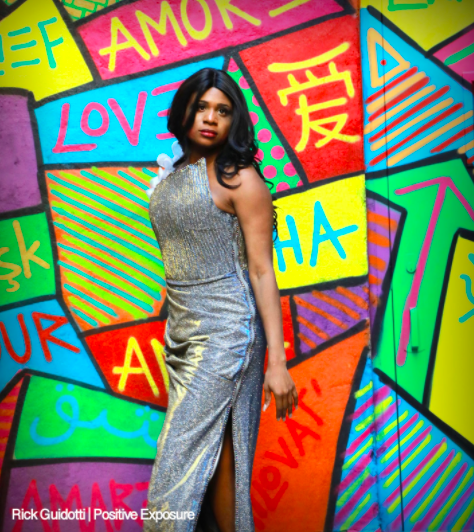 "Actress and Fashionista" Lachi, seen above wearing a sleek silver gown by Dovi Art Fashion’s Dovile Reibshlager, has blossomed from an EDM singer into a recording artist, film director, model, motivational speaker and diversity inclusion advocate. Mentioned or profiled in everywhere from the New York Times, to Huffington Post, to American Songwriter, Lachi proves time and again that if you can think it, you can achieve it.

The latest buzz about this creative mogul is her new YouTube series. After learning she will be losing her sight going from low vision to total blind, Lachi has created the series Off Beat, which will document her journey keeping up with her curated lifestyle, learning the things she will need to learn like makeup and skincare, achieving things on her bucklist like exotic travel, and speaking with top influencers and public figures in the blind, disability, LGBTQ, BIPOC and non-binary communities. 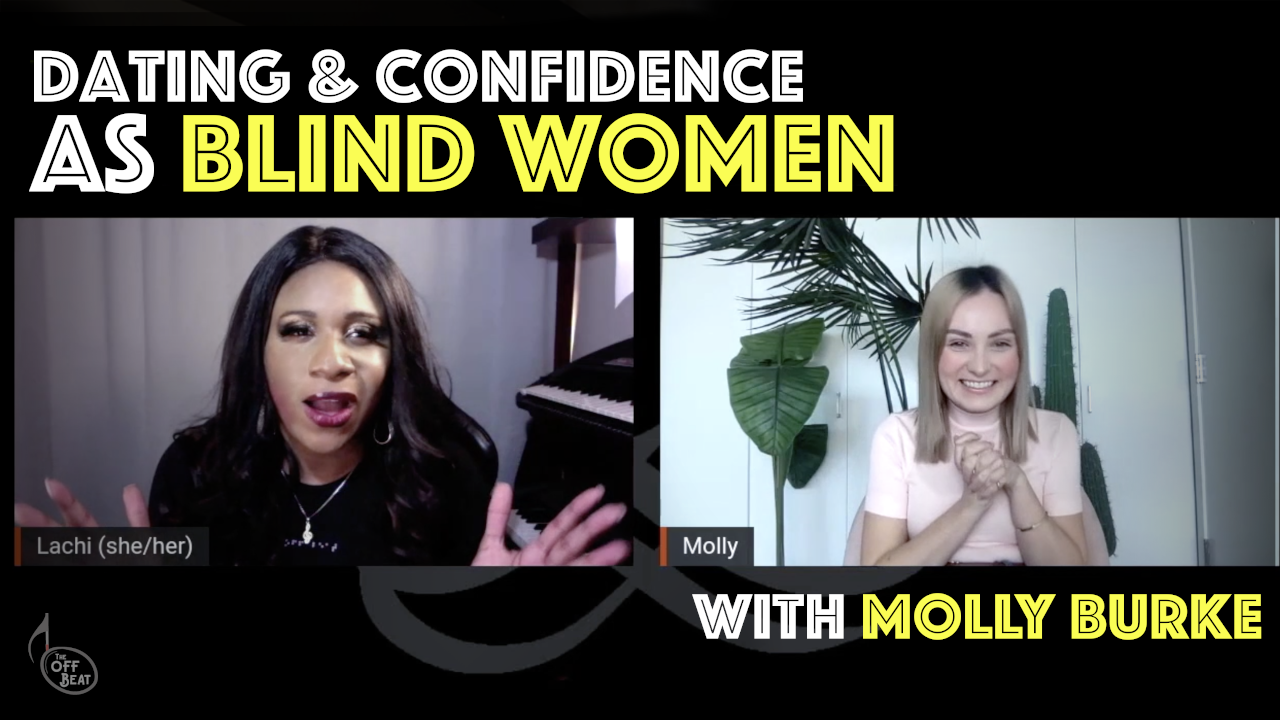 The first official episode of Off Beat featured Molly Burke, a motivational speaker and blind youtuber with over 2 million subscribers, and the following episode will feature the Blind Boys of Alabama, who recently received a life-time achievement award at the GRAMMYs. Lachi proves to be an engaging, high-energy host, quick to laugh and quick to learn. 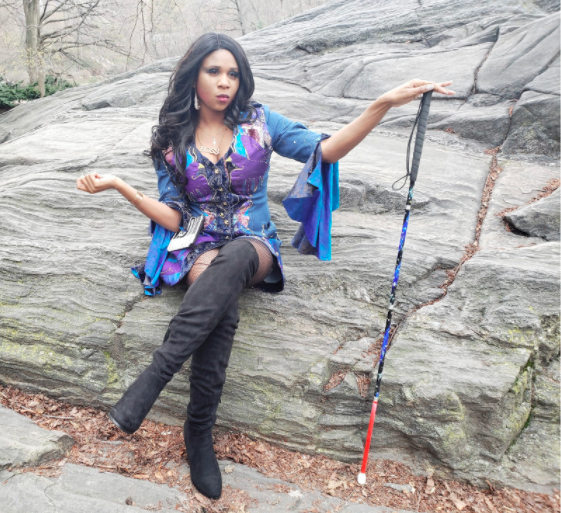 "Actress and Fashionista" Beauty, lifestyle and clothing brands, both local and national, have come to partner with the series, as Lachi’s gains traction for her elegant style. Even outside of the series, Lachi showcases adaptive and diverse designs. The above image, shows Lachi sitting on a rock in New York’s Central Park, wearing a couture blue-jean jacket, a necklace that reads “BOSS”, knee-high boots, a hand purse with piano keys, and is holding a white cane that’s been painted blue and black. The jacket was created for Lachi by fashion designer Barbara Beccio. “The jacket was inspired by Lachi’s song Dragon,” Barbara says. “The design can not only be visually seen, but also ‘seen’ by touching the fabric textures, trims, embroidery and beads.” 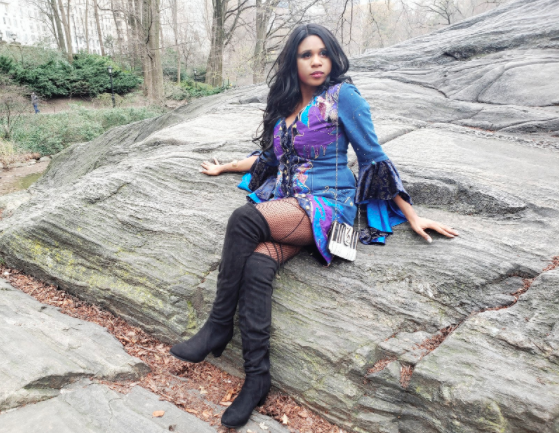 Be sure to subscribe to Lachi’s YouTube channel and follow Lachi’s journey on Instagram and Twitter. You may also run into Lachi on Clubhouse where she runs a room discussing hot topics in the Blind community called Blind Side. And of course listen to her music on Spotify.