Pixhug is a new App that gives everyone the power to make a difference simply by sharing and liking photos, and brings visibility to corporate donations. 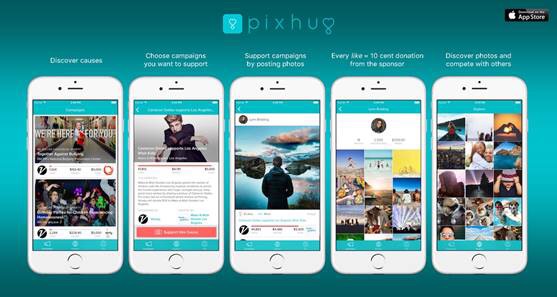 Pixhug started with a very simple question: “Can social media have a social purpose? Can we empower people to become philanthropists by just sharing a photo, and if a photo is "worth a thousand words," can it be worth a thousand trees, meals or vaccines? The answer is ‘yes.’” – said Pixhug founder, Mido DeSanti.The platform unites people with causes and the companies that support them. Every photo posted on Pixhug or Facebook with the Pixhug App supports a humanitarian campaign and every like turns into a 10-cent donation from a corporate sponsor. Pixhug turns “slacktivism” into activism by giving photos and likes meaning, and turns social media users into philanthropists. “Our mission is to make it easy for everyone to do good, and turn social media into a socially responsible place that makes every social networker a philanthropist contributing to global good.” said co-founder, Mia Rajkovic. The platform is a win-win-win for all parties involved - charities raise funds for their causes, users help causes they care about without donating money, and sponsors get greatly scaled visibility for their social impact. Instead of seeing more ads, users can encourage brands to spend on what matters.

Companies in North America donate more than $20 billion to causes each year, often with limited visibility or feedback, and spend billions of dollars advertising to consumers. By using Pixhug, brands showcase their social impact while reaching a consumer on a personal level.

Pixhug partners with celebrities who use their fame and influence to drive positive change. YouTube and Vine star Cameron Dallas is a great example of how stars can engage their audience for social good. He chose to support the Make-A-Wish Foundation, and Variety magazine sponsored the initiative by pledging $5,000. The first photo he posted generated 40,000 likes in just a few hours, which equaled to $4,000 donated to Make-A-Wish. The campaign quickly reached 50,000 likes and the charity received $5,000. “It was very encouraging to see Cameron's fans adopting the platform and utilizing it to make a difference!” –DeSanti.

About PixhugPixhug is a Vancouver-based company with an office in Los Angeles. The iOS app is available on the App Store. 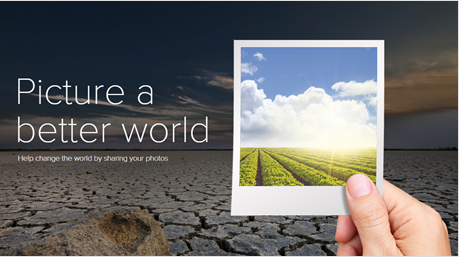