There’s a new plastic scourge on the ocean. In the U.S., it’s a bigger problem than plastic water bottles, fishing nets, and other of the common plastic debris you see on the beach. Yet it’s invisible to the naked eye. And we aren’t quite sure what to do about it.

Usually, when you hear “microfiber,” you think super-absorbent and soft cleaning cloth. But in this context, microfibers are the microscopic threads that shed from synthetic textiles. They are even smaller than plastic microbeads, those offensive additions to face scrubs and other beauty products that were swiftly banned in 2015, and also much, much more numerous in our coastal waters and lakes. 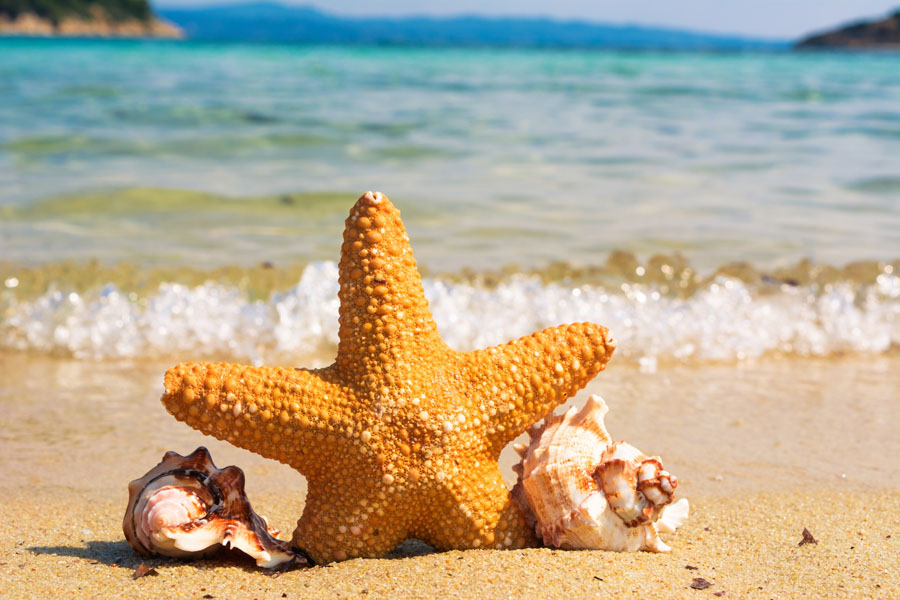 In one year-long study sampling from Florida’s coastline, microfibers made up 82% of the plastic found. According to an IUCN report, between 15% to 31% of marine plastic pollution could be from tiny particles released by household and industrial products, rather than larger plastic items that degrade once they reach the sea, and 35% of this microplastic pollution comes from washing synthetic textiles. Europe and Central Asia alone dump the equivalent of 54 plastic bags worth of microplastics per person per week into the oceans.

In case that doesn’t feel just wrong to you, there’s a reason why you should care. These microplastics end up in the stomachs of sea life, including oysters. (Not oysters! They’re so tasty and eco-friendly to eat!) In a small 2015 study out of California, 33% of the fish sampled had manmade debris in their gut, and 80% of that debris was made up of tiny threads. These microfibers can attract toxins that are in the water, so when fish eat them, they get lodged in the stomach and intestine and the toxins sit inside the fish… and then you. A study showed that crabs who ingested synthetic fibers ate less and had less energy for growing, a troubling finding, given that fibers are so ubiquitous.

How did this happen? Well, a polyester fleece jacket can shed 100,000 fibers, or 1.7 grams, in every wash. Microfibers are so tiny (you can’t see them with the naked eye) they go right through typical filters and wastewater plants and into the ocean. 2011 studied showed that microfibers were most abundant near wastewater treatment plants. A 2016 study estimated that wastewater treatment facilities discharge 56 million microplastic particles, nearly all microfibers, into the San Francisco Bay each day. And then tiny fish mistake them for food and eat them.

Unfortunately, this will prove to be a much harder problem to solve than microbeads, which can easily be replaced with sand or other natural, scrubby material. Polyester is in a lot of what we wear – athletic clothes, stretchy jeans, bathing suits, stockings – giving it stretch. It’s the lightweight technical fabric in your fancy outdoor gear. It’s more affordable than 100% natural fibers, and so will continue to be used and bought by brands and consumers until there is a good alternative in price and performance.

There is a project right now by Plastic Soup Foundation out of the Netherlands and Parley for the Oceansto start figuring out how to prevent microfibers from shedding, but it’s in its very, very early stages. Canadian retailer MEC and outdoor apparel brand Arc’teryx asked researchers at the Vancouver Aquarium earlier this year to develop a protocol for tracking synthetic fibers from their clothing to the ocean. They hope the protocol will become industry standard and used by other brands as well. But really, we’re just in early stages of figuring out this problem.

So, what can you do? Read more here. 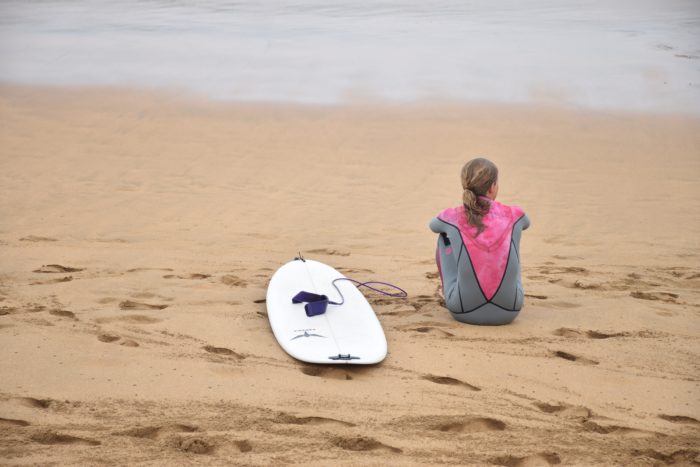