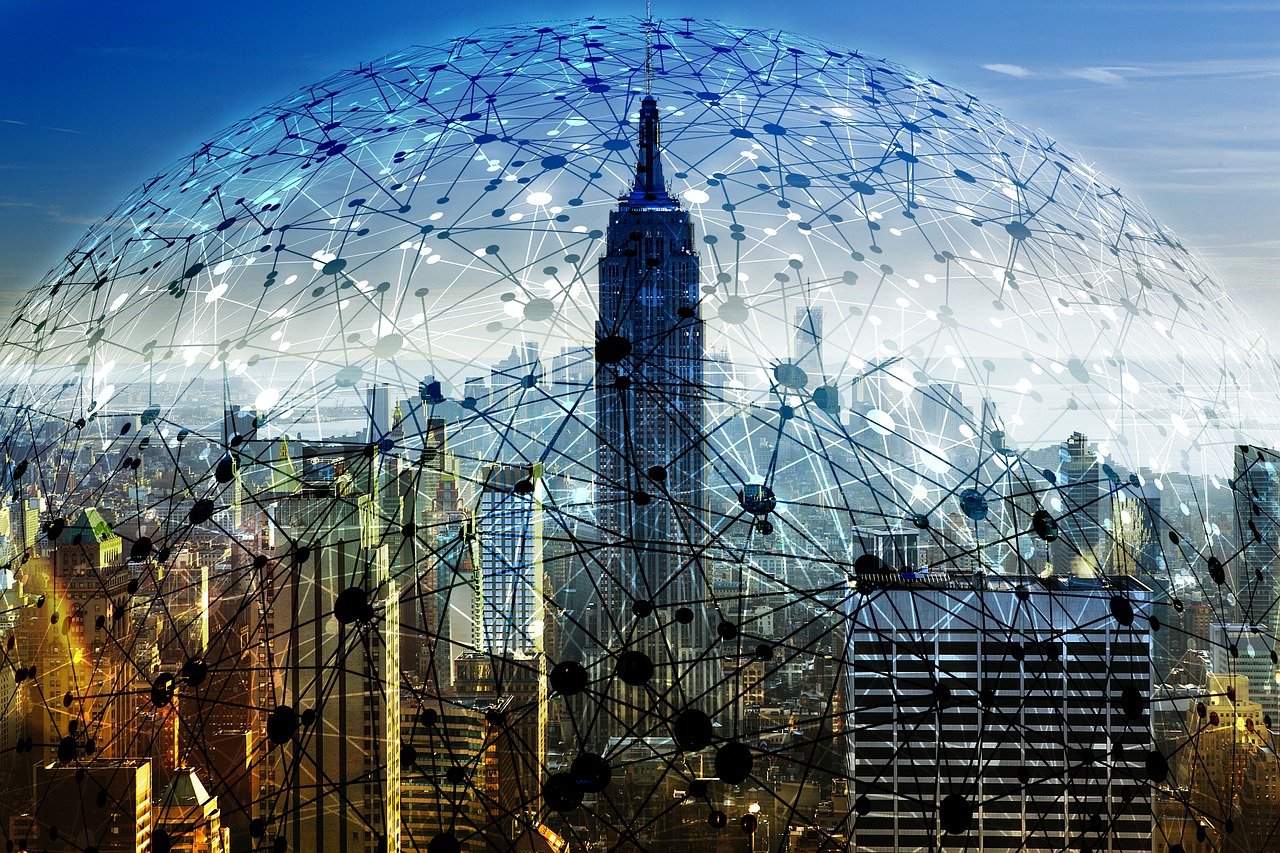 Does anyone live in the New York City anymore? Or are we all just here these days for work and bar crawls? Seriously, if you’ve noticed even before COVID there’s been an adjustment in residential real estate. People have been moving out of the city and settling into surrounding areas. Upstate New York, New Jersey, and even Connecticut have been tempting places for New Yorkers to look into relocating. To be honest, a lot of people have already made that move.

One of the most considerable reasons is the spike in real estate. Over the past 10 years we’ve honestly all stayed in an Airbnb. This alternative was once cheaper than hotels and there was something about that “home away from home” feeling that was unmatched. An Airbnb stay was so affordable at one point a month’s stay was cheaper than renting an apartment! That’s when the increase in rent became rapid. The competition between Airbnbs, landlords, and hotel owners was intense and the stakes were high.

From a landlord and hotel owners' perspective, it was like losing business, because you can’t compete with your new competitor's rates. The New York City Comptroller found it best to raise real estate in general to give everyone an even playing field. Now today you’ll see that hotels are actually cheaper than Airbnb reservations, even though the reason is partly due to the pandemic. At this point booking an Airbnb might only be worth looking into if it’s a group trip, or if you’re having an extended stay. Monthly Airbnb stays are actually closer to paying rent these days; however, rent is now pricier than ever.

Today a decent 1 bedroom or studio in a good neighborhood can cost you about $1,600 a month. Whereas again, maybe 10 years ago you’d be able to find a studio for under $1,000 and a cute one-bedroom for around $1,100 and that’s where the problem lies. There aren’t many single people making enough on their own to afford a one-bedroom let alone a studio for two grand a month.

Barbara Denham, a senior commercial real estate economist also believes the new New York will be filled with people younger, poorer, and a lot more eccentric. If you’ve noticed and this could even be you, people in the 25-35 age range have found cheaper rent close by and decided to move. Being an accomplished adult in your 30’s, paying $900 a month, just to share an apartment, with four or five other people, so you’re not on the street, doesn’t sound appealing; especially in a pandemic.

There are also people living with more life or death situations such as Ofelia Becerra Diaz, 41, of Sunset Park, Brooklyn who finds herself taking in her nephews after her sister died of COVID. Ofelia’s sister Ana Ellsy, who lived in Coney Island, died of COVID 19 just two months ago. It’s now her mission to move to a better home for many reasons. A few of them include being overcrowded and the unbearable fact that her home is now steeped with grief. Keeping herself and her nephews safe may mean relocating for Ofelia.

Traveling into the city from Jersey or upstate New York isn’t a big deal. People even travel from Connecticut to Manhattan every day on the Long Island Rail Road. That’s why not living in the city, but having the advantages of living in the city is becoming the new trend.

Now due to COVID people have yet another reason to move out of New York City. There was absolutely no way to avoid being packed to capacity in your home with roommates, on trains, or other means of MTA transportation. Not to mention stores, banks, and other establishments where people run their errands. Curfews were set in place to keep things under control as best as possible. That’s when commercial real estate took a big hit. The restaurant industry is crucial to New Yorkers. There’s a high population of restauranteurs, owners, front, and back of house employees. Sadly no one really knows when things will get back to normal. Denham also believes the city won’t be back to pre-pandemic levels until 2025. In the meantime, you have people like Elio Garcia, 39, a restauranteur that finds himself working back of house washing dishes at his own restaurant just to make ends meet. This is one of the many results of trying to avoid having congested work environments.

Broadway is still closed which means there’s little to no work for actors besides perhaps a Zoom production, which has become an alternative that’s smart but not as much fun. You also have the staff at these theatres such as ushers and concession workers that are temporarily out of a job. Luckily enough it’s looking like things are turning around. Today, over a year later, you see neighborhoods like SoHo and the Lower East Side with open bars enforcing social distancing and restaurants doing outdoor dining only.

If New York City is going to be anything it's creative. Just about every restaurant has created outdoor seating spaces. These areas are built using the same boards used for construction, to create really cute and quaint outdoor shelters on the sidewalks. There’s a lot of artistic thought put into it as well. Art decor on the walls and beautiful place settings makes the experience feel exciting and new. There isn’t much room to fit any restaurant's normal amount of guests, but the good news is that they’re open and being hopeful for good business. Most New Yorkers love an outdoor dining experience so that’s a win-win situation. There are also talks of theatres being open with productions resuming in late summer to early fall, so that’s something to look forward to as well.

If we are returning back some sort of normalcy in 2025 then what can be expected? Some believe that residential real estate will be much lower, leading everyone who’s left to come rushing right back. For all we know those who have moved can be perfectly happy with their arrangements. Living far enough to avoid overcrowding and close enough to to enjoy a night of entertainment. Governor Andrew Cuomo announced a “major reopening” on May 19, at which point restaurants, museums, theaters, and retail outlets will be allowed to reopen at full capacity. This was announced after the first dose of vaccines was given out to New Yorkers. This is the first step of many to get us back on track to enjoying New York as we all know and love it. 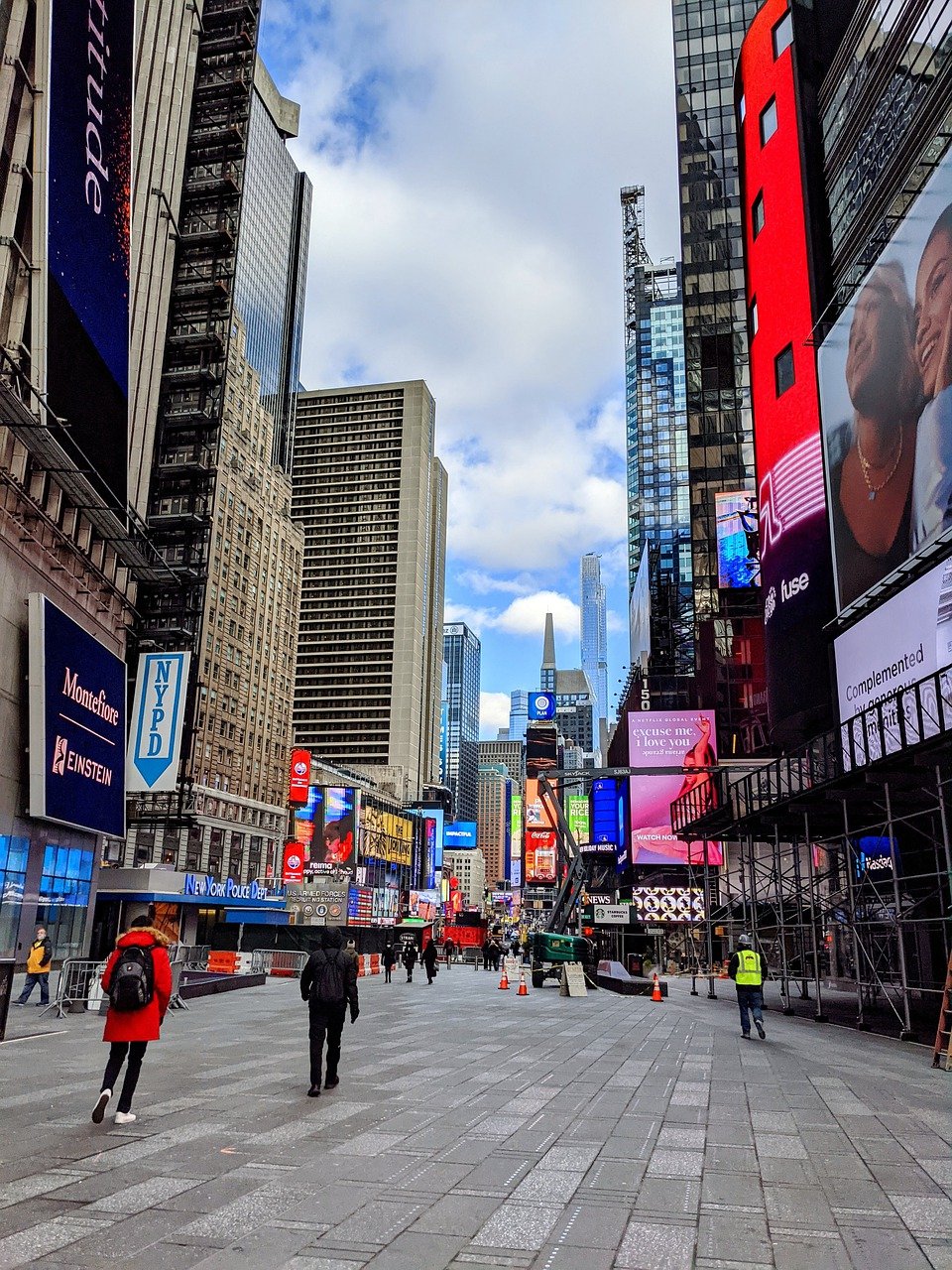