I Did It - The True Story of Gina Champion Cain

Neil Senturia and Barbara Bry recently published their best-selling book, I Did It. This electrifying book shares the details how businesswoman and entrepreneur Gina Champion- Cain led one of the largest Ponzi schemes in San Diego, California history, valued at over $350 million dollars. The book includes details you cannot find in news stories, as it was told directly to the authors by Gina.

Gina Champion- Cain does not receive any compensation from this book.

Gina Champion- Cain appeared to be an upstanding citizen of the community with a business portfolio of restaurants, retail and real estate.  Gina is attractive, educated, savvy and ran her empire in a way that even a “JR Ewing” type character would envy.

To add to her resume Gina was also a guest economics commentator for the San Diego Union-Tribune; she also served on prestigious corporate and nonprofit boards and considered a run for Mayor. She had it all! Or that was the impression she gave to everyone.

Senturia and Bry share the details of this intoxicating book that include a multitude of participants such as hedge funds, banks, egomaniacs, and small-time crooks, all fueled by greed, stupidity, and a desire to look the other way.

Gina was skilled at acting, appearing to be caring about people while she was running her Ponzi scheme and scamming the community.

Gina’s master plan was to create philanthropic endeavors and single-mindedly pursuing her dream of building an empire, taking it public, and cashing out all the investors.  Her skills make Anna Delvey look like an amateur.

She fooled so many in San Diego that the city even honored her with her own Gina Champion-Cain Day. However, as with most scams and schemes, it comes to an end.

However, her empire was a house of cards funded with money from massive financial fraud, and down it would crumble.

That day came In August 2019, her seven-year program of selling phony liquor license loans came to an end when the SEC, the US Attorney’s Office, and the FBI filed suit and shut it down. 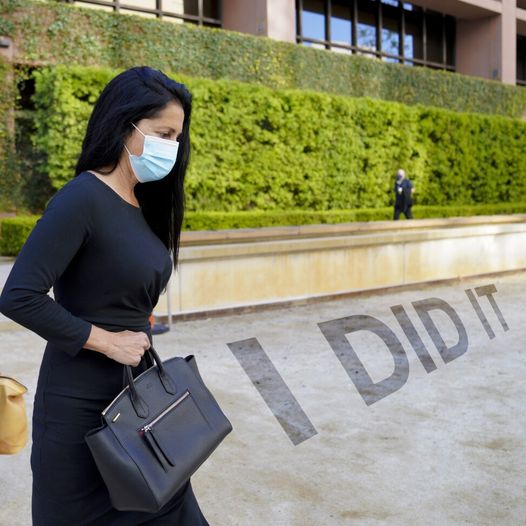 “It is true that Gina was the mastermind, but she was aided and abetted by bundlers, investors and a title company, in search of outsized returns, all desiring to never know how the sausage was really being made,” said Senturia.

Knowing that she was exposed and caught, Gina Champion -Cain agreed to plead guilty.  Gina was sentenced on March 31, 2021, when she admitted that she swindled more than $350 million from investors promising to use their money to make loans to business owners who were attempting to acquire California liquor licenses. Gina will spend the next 12 years in prison, of her 15-year sentence. She will be 68 years old when she returns to society.

American Greed TV show interviewed Neil Senturia on camera and will be airing an episode soon about Gina Champion – Cain and her Ponzi scheme. That is a show you will not want to miss.

You can learn more about the authors and the book at: 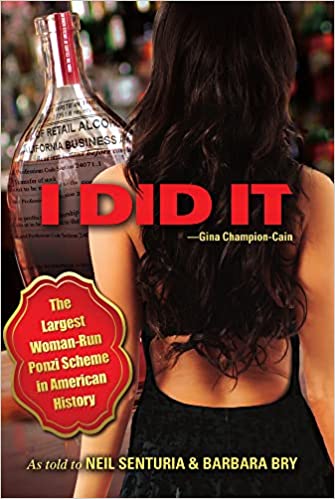