He is geeky, he is smart, he is talented and what not! Talking about one of the leading tech agencies of the world would surely give you a clear picture of whom we are pointing to. It’s the none other than the great Elon Musk who has taken the world of science and technological advancements by storm. And now, we are just a step behind to get startled by his latest innovations of tech startup Neuralink that builds implants to connect human brains with computer interfaces via artificial intelligence. 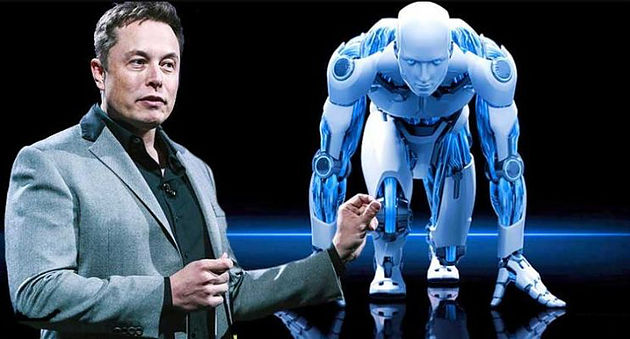 It was some two years back when at the World Government Summit in Dubai, Elon Musk has predicted of launching Neuralink that would be required by humans to digitally enhance their brains if they are to keep up with computers in a future dominated by Artificial Intelligence.

Imagine a neurosurgical robot that is implanted into the human brain that works through a group of microscopic and flexible electrode threads. You would be amazed to know that these threads detect and record the electrical signals in the brain and transmit the information outside the body. What more! With the potential to generate a scalable high-bandwidth brain-machine interface (BMI) system, it will connect the brain to an external device so that a brain-machine interface is established smoothly.

As many as 3,072 electrodes would be contained in a group of threads, all of which would be distributed across 96 threads. The implantable device that is miniscule would comprise itself of tiny wireless chips.

Neuralink will thus be used to understand and treat various forms of brain or spine-related disorders. Take for example, paralyzed humans who could use the implanted device to control computers or phones. Musk and his team are expecting to test the system on a human patient before the end of 2020.

The operation would require drilling holes into the patient’s skull so that the threads can be implanted. With advancements in technology, they would be capable of using a laser beam to pierce the skull with a series of tiny holes without leaving any sensation to the patient.

A neurosurgical robot built by the Neuralink has the capacity of inserting six threads into the human brain per minute. Smaller than one-tenth of the size of a human hair, each thread contains 192 electrodes. Each group of electrodes is encapsulated in a small implantable device that holds custom wireless chips which measure four by four millimeters. Each of the thread would be inserted into the brain individually with micron precision with the aid of a tiny needle at the end of the robot. The robot measures around 24 microns in diameter. Specific parts of the brain would be easily targeted by this precision tool and that would avoid the risk of damaging any blood vessels.

The information emitted by neurons of the brain would be captured for the implant to function and these neurons would further be linked to form a large network through synapses. Neurons communicate with each other at these connection points through chemical signals which are called neurotransmitters. These neurotransmitters are emitted in response to an electrical spike termed as “action potential”.

After receiving sufficient and right kind of neurotransmitter input by cell, there is a trigger in a chain reaction that leads to action potential as neurons relay messages to the neurons relay messages to the synapses. An electric field is produced by these action potentials which spreads from the neuron and can be detected by placing electrodes nearby. This allows recording of information that a neuron represents.

Claiming to be as safe and painless as having laser eye surgery, the Neuralink operation involves a two - eight millimeter incision in which to place the chip no stitches would be needed. Into one hemisphere of the brain, there would be as many as 10 implants which would be linked via very small wires tunneled under the scalp to a conductive coil behind the ear. Connecting through the skin, the coil gets linked to a wearable device that is named as the Link. This Link contains a Bluetooth radio and a battery.

Full-bandwidth data streaming from the device is provided by a single USB-C cable to a phone or computer and all chip channels are recorded side by side. The Link is controlled through a smartphone app and can be used to make software updates and fix bugs via Bluetooth. This avoids any chances of tampering with the chip. The implant gets shut down once the Link is taken off.

Musk has mentioned at the Launch event of Neuralink in San Francisco on 16 July that he has envisioned creating a “well-aligned future” that attenuates the apparent existential threat of AI. This implant is being seen as a means of upgrading your own brain. This would offer an option to humans for achieving symbiosis with artificial intelligence (AI).